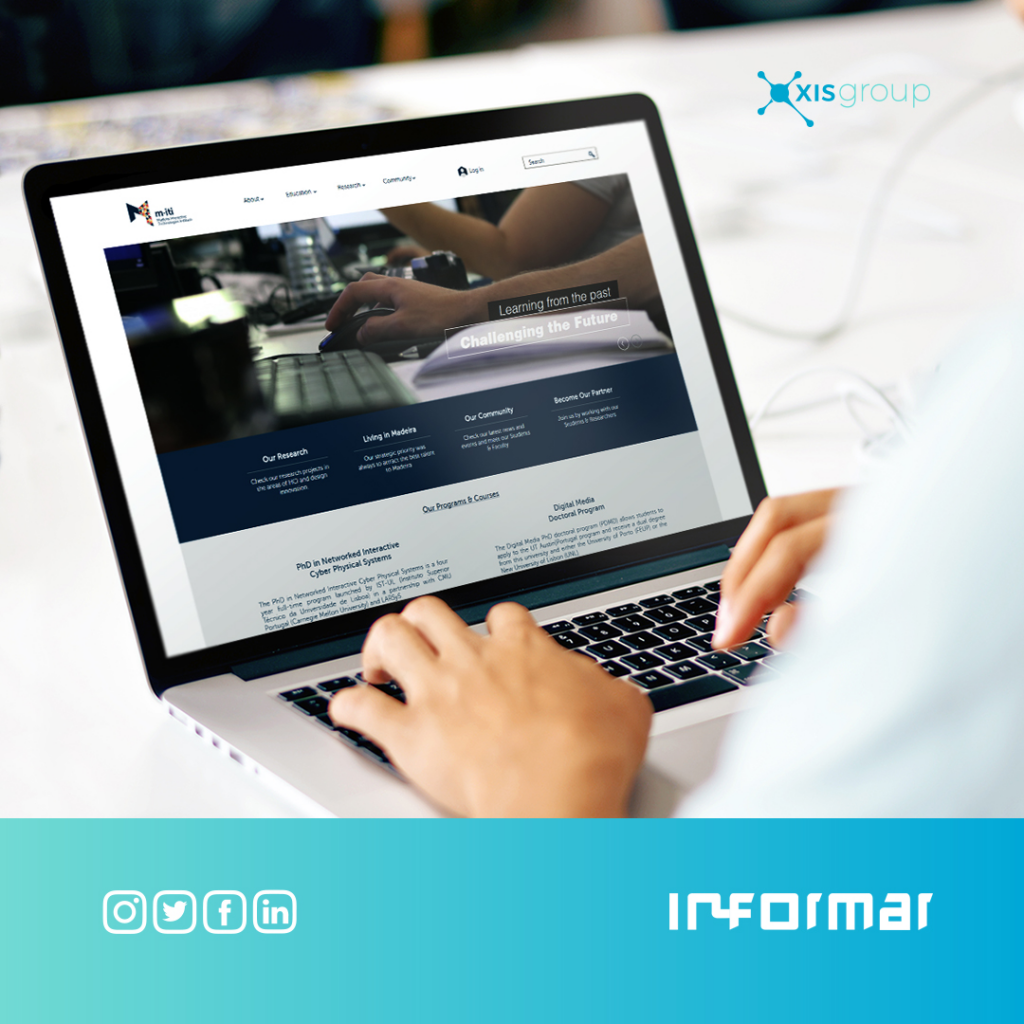 M-ITI launched a new institutional website developed by In-Formar (a XIS Group company) and operated in partnership with its internal team.

In-Formar was selected for its technological competence in the content management platform used and proactiveness in adapting the software for the management and maintenance of the Institute's content, making interaction with the community of students, teachers and researchers easier and more intuitive. See the site here: buff.ly/2ilY743

The project titled "Improvements to the M-ITI Website" awarded to In-Formar had the following main objectives: