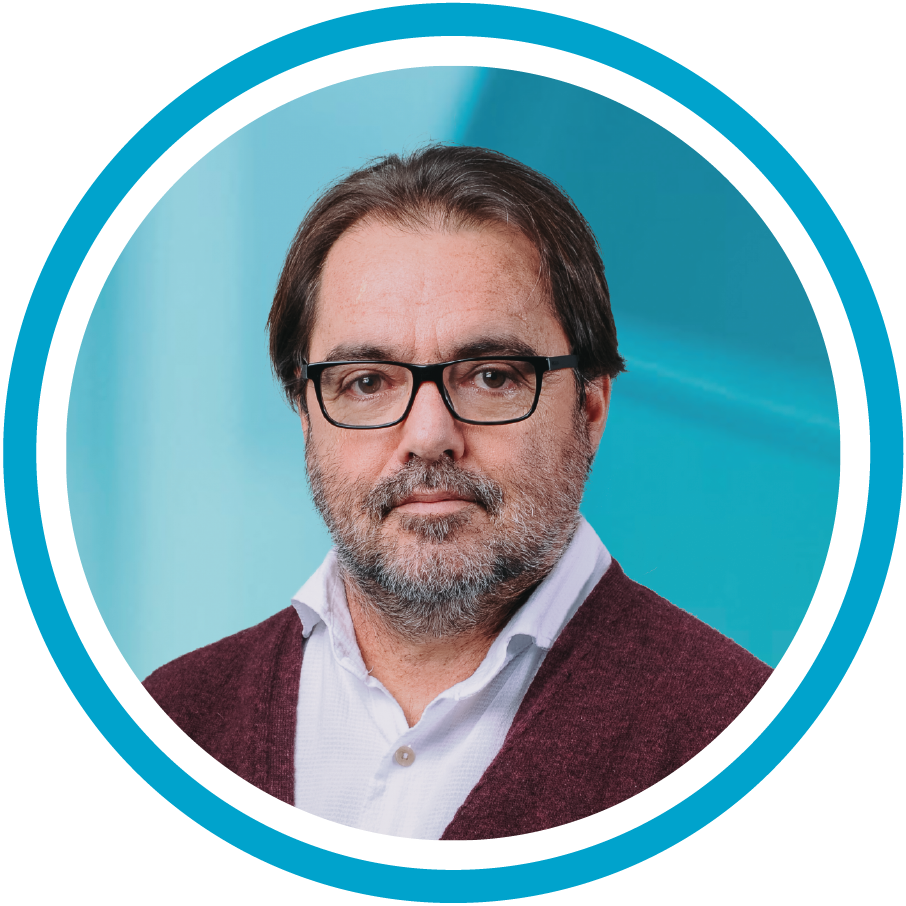 CEO - Chief Executive Officer
On special occasions, he still turns into a DJ

In the Group, no one calls him 'engineer' or 'sir' and he rarely wears a suit and tie. Graduated in Computer Engineering from the Faculty of Science and Technology of the New University of Lisbon, he also holds an Executive MBA from the French Institute of Management and has extensive experience in areas such as programming, consulting in integrated information systems, process and security engineering, robotics and artificial intelligence and project development and management.

He has led the XIS Group since 1998 and sees the group of companies as a second family. It was as a programmer that he took his first steps in his professional career in Lisbon, in the former GEDI (currently SIAG). He never thought of being a manager or administrator, but the desire to break through horizons soon added that aspect to his plans.

He is known for his tenacity and prides himself on the humanized management model and culture of proximity to the customer that dictate the 'house rules'. He believes that this philosophy is a differentiating factor and does not conceive of any other way of managing people. From this matrix everything else is born, including "the unique relationship" with customers. "They have an enormous regard for us. They know that we do not give up until we have solved a problem."

He admits that he misses programming and that sometimes he wouldn't mind "going back and putting on some music." At 17 he was already a DJ at the Vespas nightclub, and he recalls the frenzy caused by the two 'maxi singles' that he brought back from his first trip abroad, one by Duran Duran and another by the Police, bought in London, with money he had saved. "For three weeks I was a hero because that music had not yet arrived in Portugal."

He was at the Vespas DJ desk for several years and nowadays, on special occasions, he still turns into a DJ. In addition to his passion for music and technology, he also enjoys art, especially painting, and likes to cook to the sound of a playlist made up of tunes that match different states of mind.